Wealth Creation Lesson From the Sun 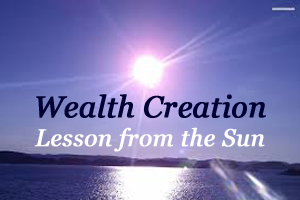 The Sun is the source of all life on the planet. It dutifully rises everyday, without fail to break the night into dawn. Fog. haze, or cloud cover may subdue its light and energy on some days. Yet, it rises with the same intensity and persists in its endeavors. Eventually the clouds clear out, the fog subsides and the haze gives way for its light to shine brighter than ever.

But, what would happen if the Sun were to lose hope due to these 'disturbances' and decide to stop rising?

Creating wealth through Systematic Investment Plan (SIP) requires persistence like the sun to push beyond the haze, clouds and fog!! There would be days, weeks or at times even months of "thick cloud cover" when the markets are in panic mode, owing to whatsoever reason.

Yet, if one fearlessly endures the days of "Thick cloud cover" and continues with the SIP month on month for years continuously, their wealth grows beyond imagination. 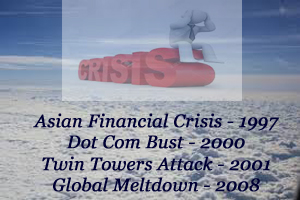 Let's rewind and go back 20 years to January 1996 and relive the experience of an investor who would have started their SIP in a diversified Mutual Fund in that month.

Since then, the stock markets have seen some major prolonged 'cloud covers' which must have tempted the investors to  discontinue their SIP in a Mutual Fund.

And then there is that short-term fog which hits the markets from time to time:
What would be the result of persisting through these long term cloud covers and short term foggy days?

Sandeep Bhuwania
Sandeep is an MBA in Finance from Texas A&M University and is the founder of DEEPAM FINVEST. He believes that clarity of Financial Goals is the single most important factor that determines how successful an individual will be in getting optimum results from his/her financial investments. Yet, most of the individuals mindlessly chase returns & burn their fingers with unsuitable investments. Sandeep strives to educate his clients about simple yet important financial concepts to help them achieve their Financial objectives.